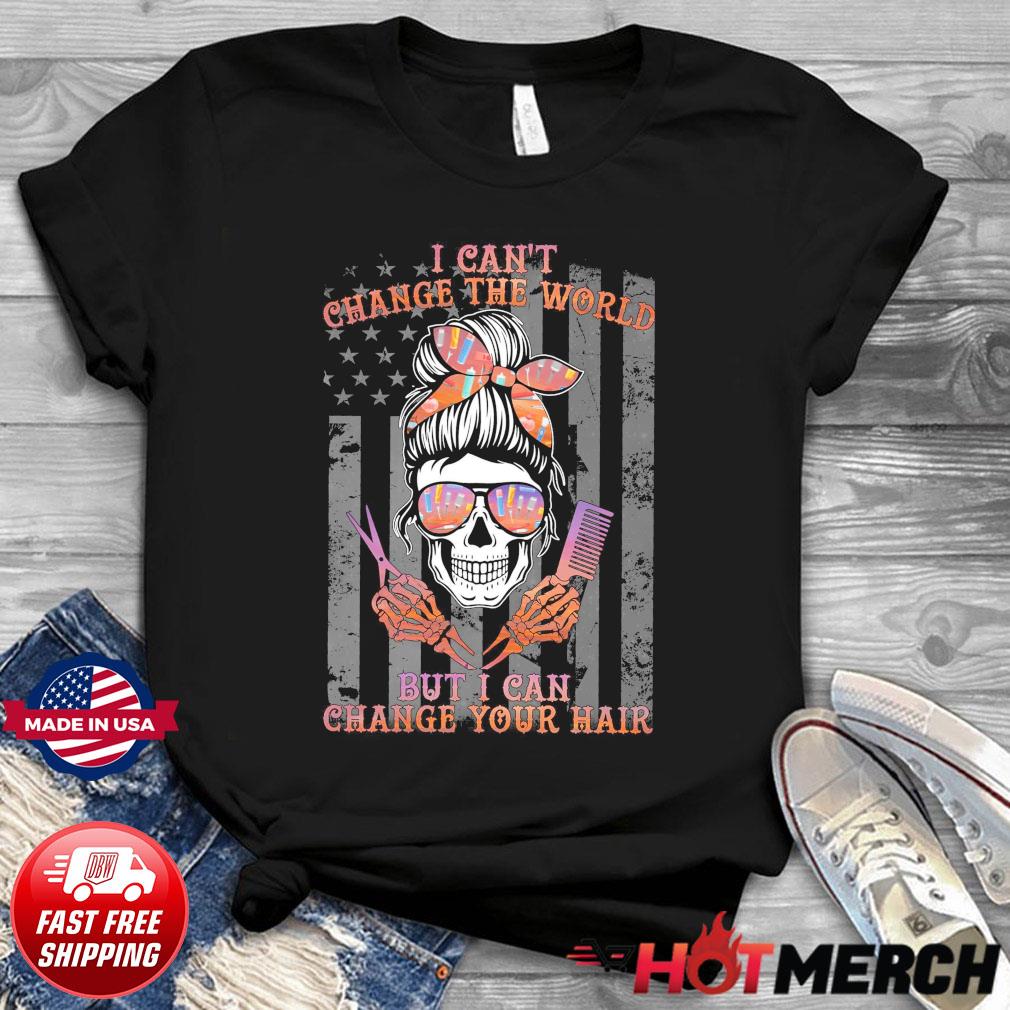 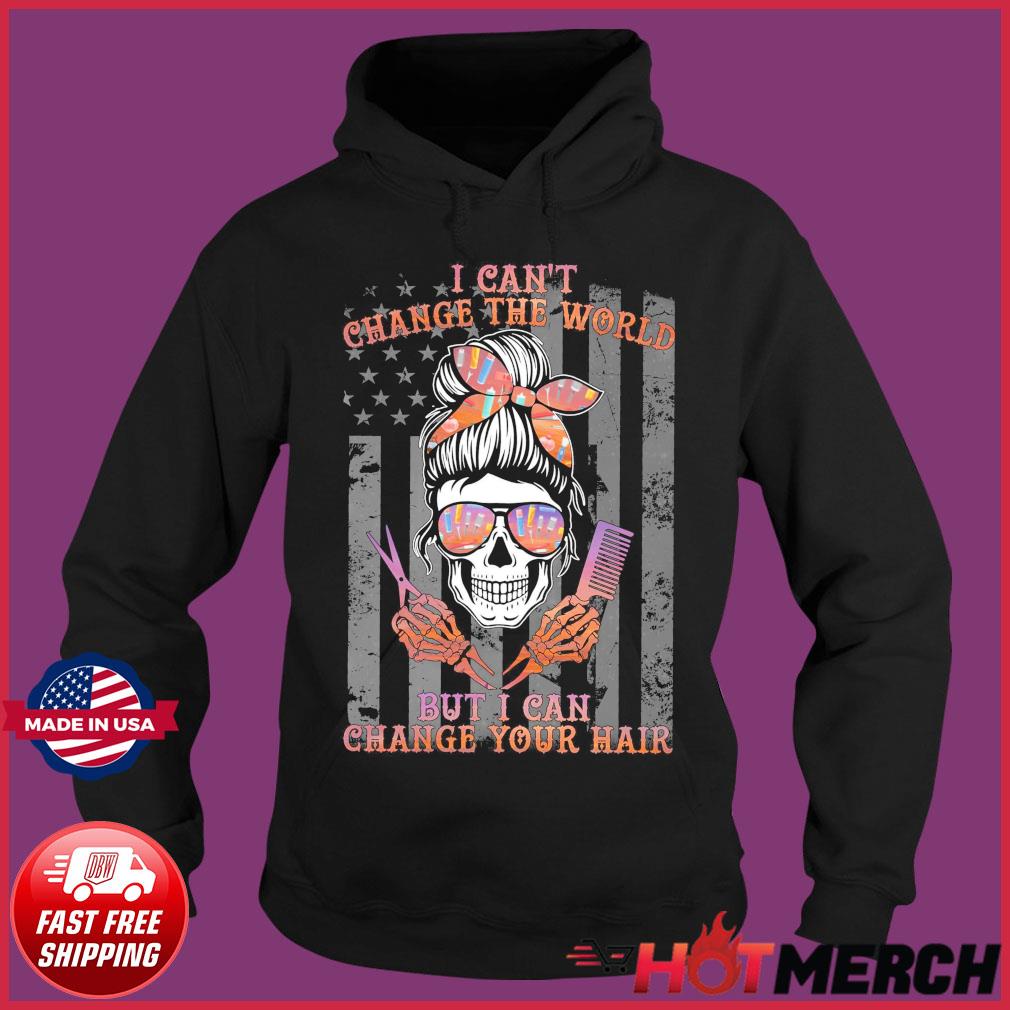 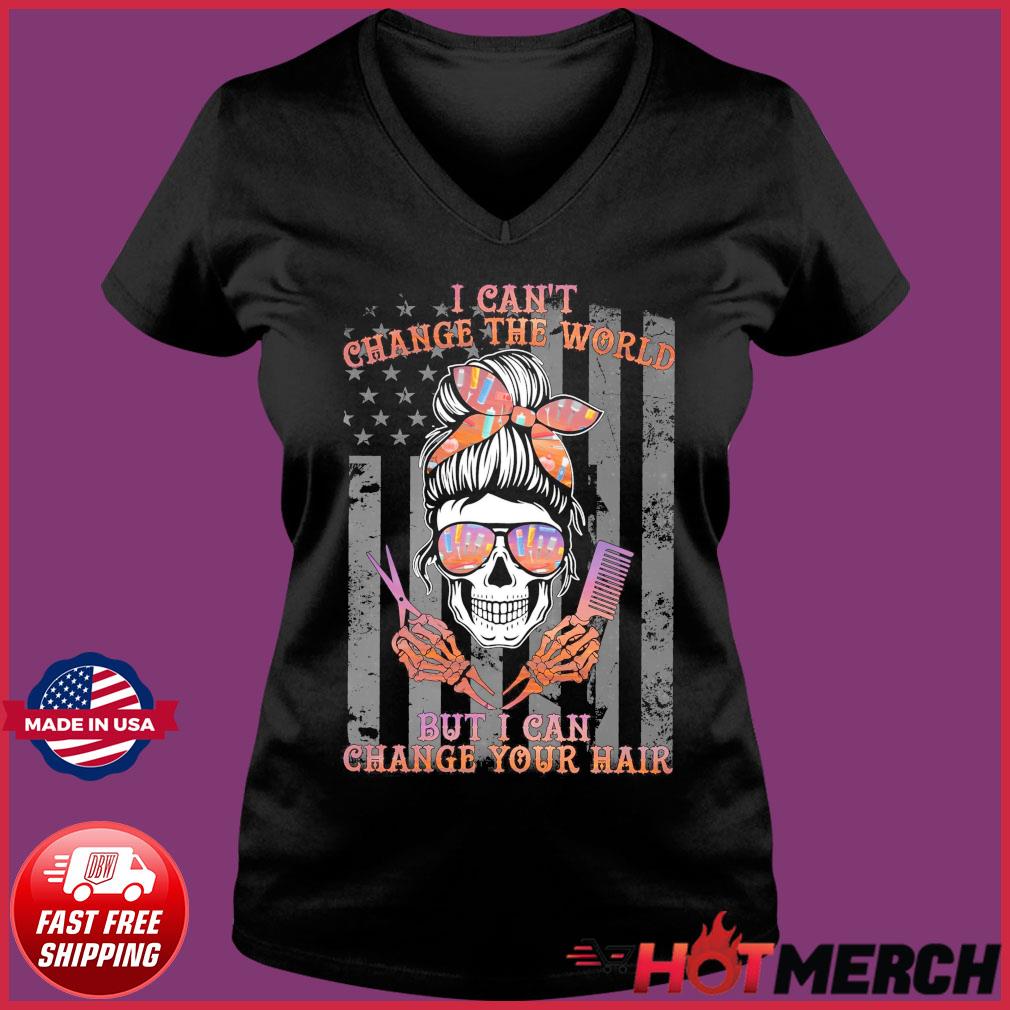 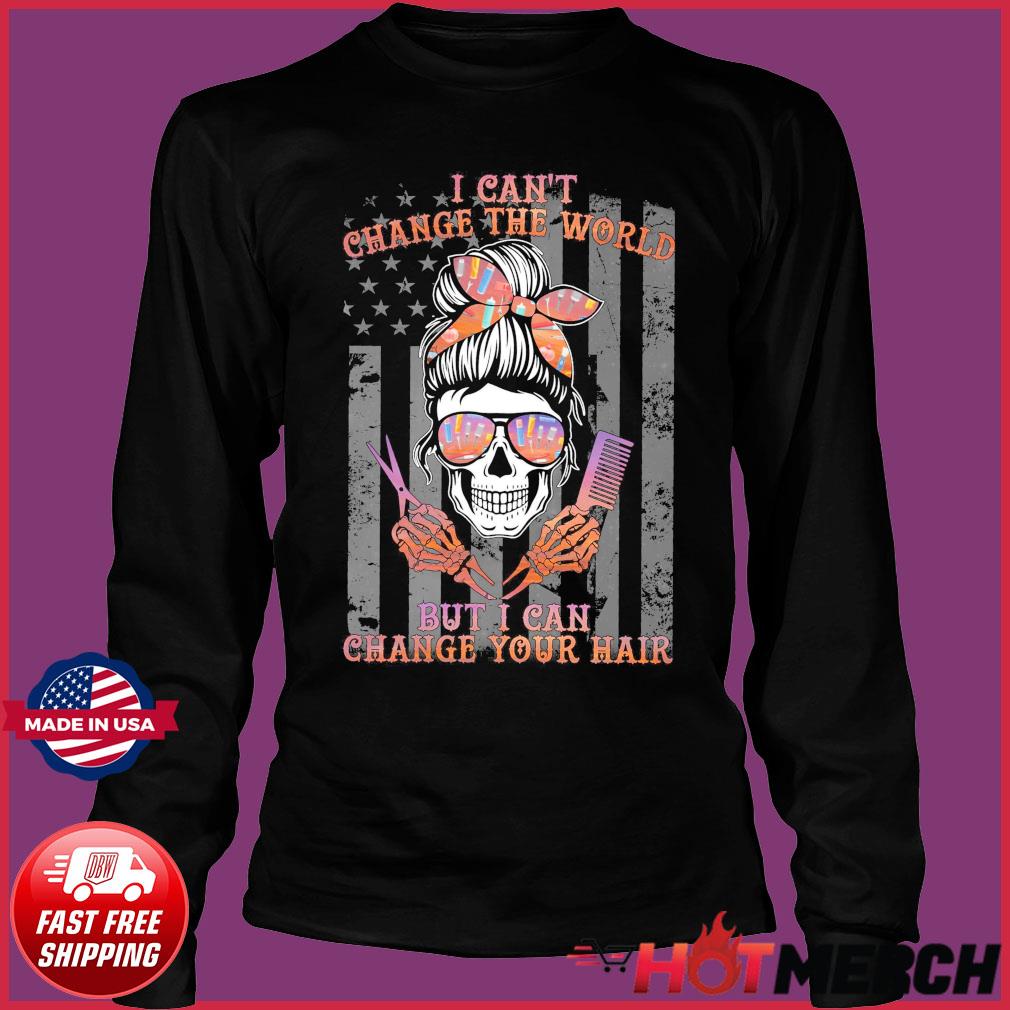 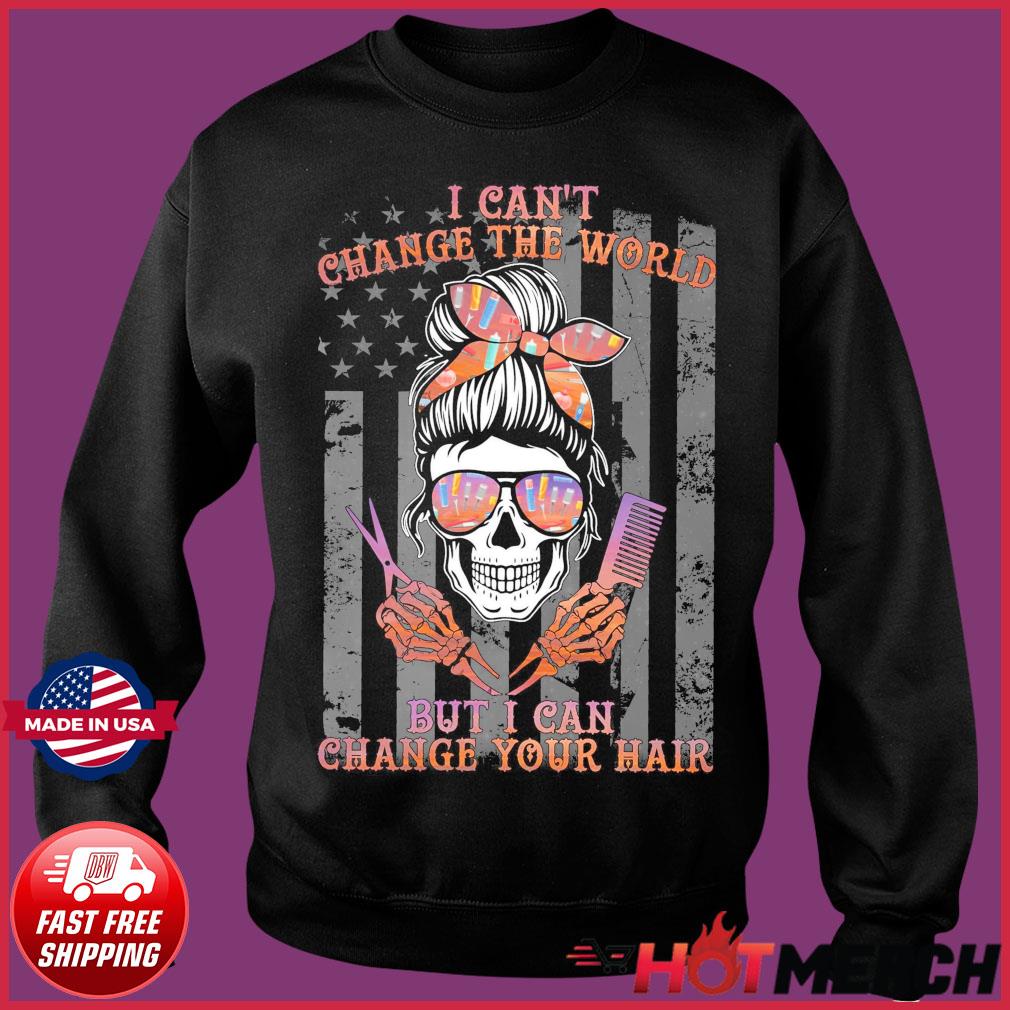 That historic Sliding Doors moment in casting came up during a Zoom call for this second part of Lorenzo’s seventh Fear of God collection as we zeroed in on Look 47. Apart from the Girl Skull Haircut I Can’t Change The World But I Can Change Your Hair Flag Shirt Also,I will get this logo on a crossbody bag, I suggested, Lorenzo’s combination of loose leather navy blazer, gray marl sweater, and pleated taupe pants cut with a roomy break above same-color loafers looked like it could have been shot for an Italian brand in the late 1980s. It turns out that the model wearing the look was in fact Lorenzo’s assistant, Dakota Raine, and only appeared here thanks to another curiosity in casting. “I’m with her every day, day to day,” said Lorenzo: “and she does a lot of fit modeling for us. And actually on the day of this shoot we had three [female] models on the set, but none of them gave me this emotion—this Julia Roberts emotion—the way she did.”

This collection added a fresh layer of construction to the Girl Skull Haircut I Can’t Change The World But I Can Change Your Hair Flag Shirt Also,I will get this foundation laid down last season. Where Armani was softening the architecture of tailoring, Lorenzo is adding its structure to the softness of sportswear. His boxy-shoulder Chesterfield coats and long-skirted jackets recontextualize the more recently emerged genre in daily dressing, rather than place them in some reductive binary opposition. Jersey and cashmere pieces bearing iconography from baseball’s Negro leagues point to a defunct discriminatory division that should be neither repeated nor forgotten. His insertion of the Ivy League’s defining shoe, the penny loafer—“Fear of God’s first-ever hard-soled shoe”—against lushly realized militaria, high-waisted chinos, and brashly lapeled pinstripe Yuppie jackets was evidence of a collection that traveled far to arrive at a distinct location. Teamed with the right script, director, and, of course, cast, you could see these clothes playing a compelling part on screen (or stream) in telling some new cinematic story.